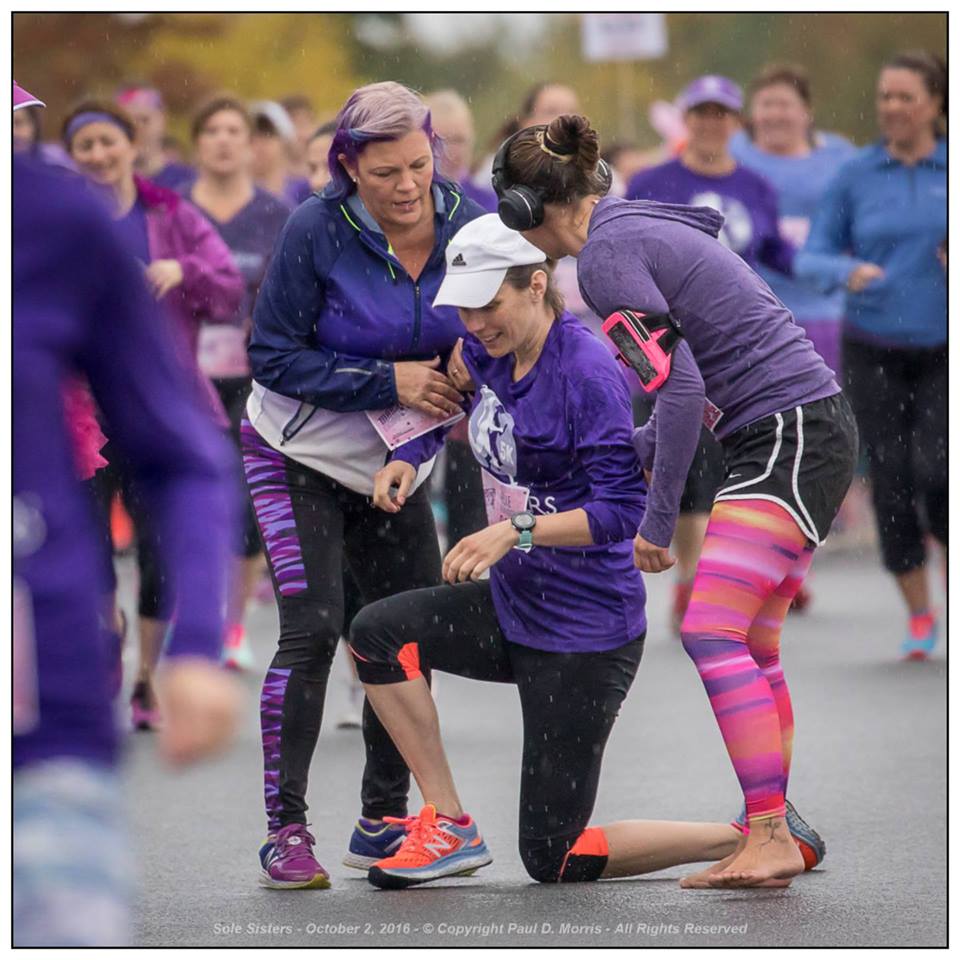 When we first saw this photo we cited it as being the most moving racing photo we’ve ever seen.

As we look back on the year (or on the first five years of Sole Sisters) we still feel that there simply has never been a picture as powerful as this one.

The back story of this photo is that it was taken near the start of the October races. The Quarter & Half Marathon had already started when a runner doing the 5K fell down. As soon as the runner went down, two Sole Sisters also racing stopped to aid her and make sure she was okay. The runner who had fallen got up and while she was likely shaken she was uninjured. She then continued on to win the 5K race!

While this race is more about FINISH LINES THAN FINISH TIMES, the take away is that everyone needs help from time to time, even the fastest and strongest women can use a hand. And Sole Sisters is there to give it.

Did I mention how much I LOVE THIS WOMEN’S ONLY RACE SERIES?!

Out with the old, in with the new!

Another year of virtual racing.

Yesterday I did my Virtual International Women'sDa

Sole Sisters, have you ever been curious what is i

The second episode of Sole Sisters - The Podcast h

We are ready for 2020 Sole Sisters to pick up your

"I looooooove Sole Sisters, its the BESTEST." We a

Sole Sisters that are planning to pick up their 20